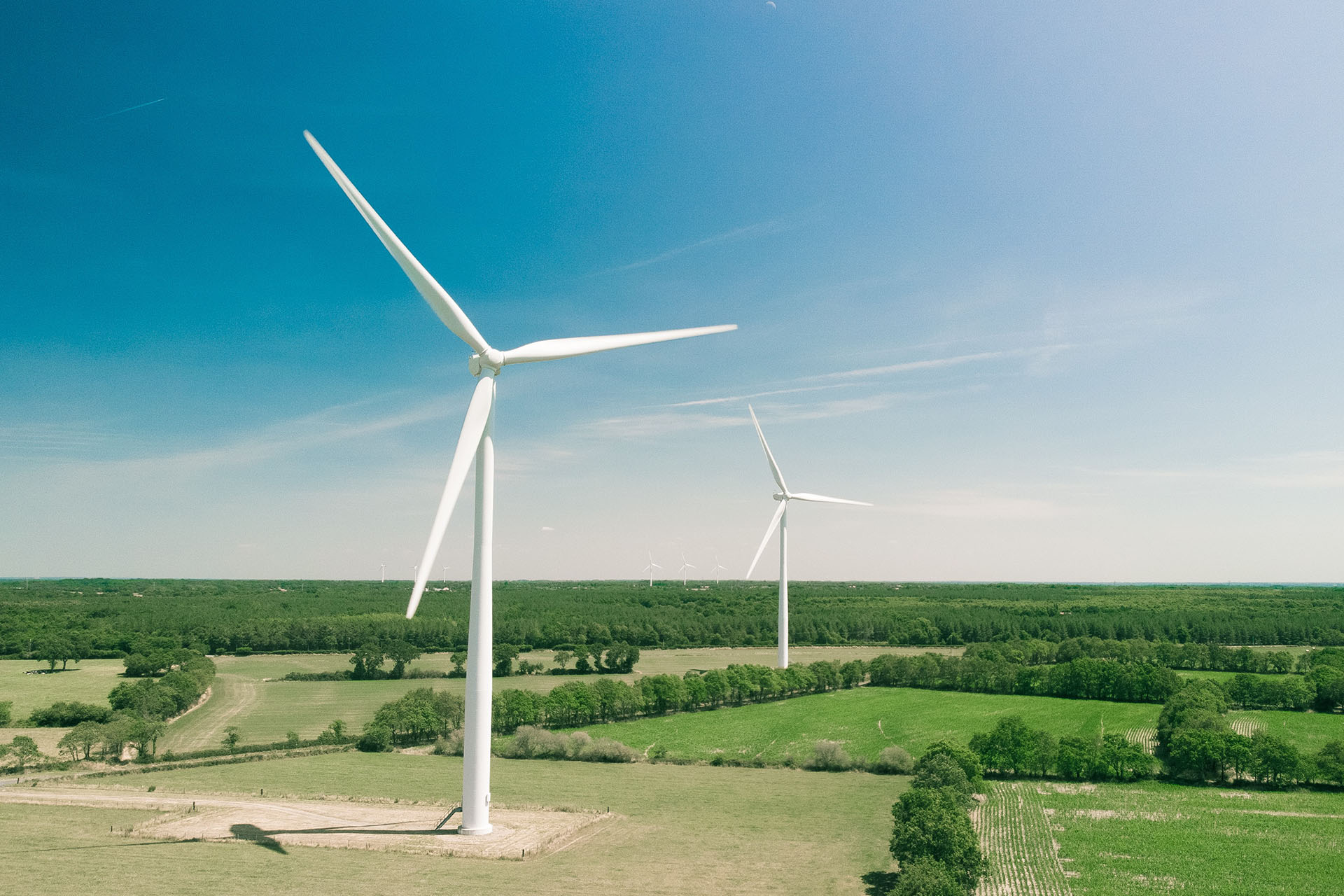 What Does the Future of Wind Energy Look Like?" />

What Does the Future of Wind Energy Look Like?

From the large sails that pushed ships across the ocean to the tall mills that ground grain, wind energy has been harnessed by humans for thousands of years. But while the modern age has seen fossil fuels such as coal dominate electrical energy generation, renewable resources such as wind are making a comeback. Over the past few years, the United States Department of Energy (DOE) has issued findings that ultimately explored the impacts of a scenario in which 35 percent of the nation’s electricity is supplied by wind energy by 2050. In this blog, we’re looking at what these reports say about the future of wind energy and explaining how we can help your business achieve its green energy goals.

Before we discuss the conclusions of the DOE’s wind energy reports, it’s important to know how much wind plays a part in the country’s current electricity supply. According to the U.S. Energy Information Administration, the share of electricity generation from wind energy in the country increased from less than one percent in 1990 to 8.4 percent in 2020.

In 2008, the DOE published a report titled “20% Wind Energy by 2030: Increasing Wind Energy's Contribution to U.S. Electricity Supply”, which highlights the impacts of achieving this wind energy production goal. The DOE found that achieving such an objective would require better wind technology and infrastructure and an increase in the annual number of wind turbine installations. The report also found that diversifying the nation’s energy supply with 20% wind could be done for cheap—less than $0.05 cents per kilowatt-hour (kWh)—and that achieving such a goal isn’t limited by raw materials.

Years later, the DOE revisited this report and issued new conclusions based on an extended scenario in which 35 percent of the nation’s electricity is generated from wind by 2050. This report found that by 2050, wind energy can be viable in all 50 states, and that 600,000 manufacturing, installation and maintenance jobs could be created. In addition, a robust adoption of wind energy by 2050 could stop 12.3 gigatonnes of greenhouse gases from being emitted into the atmosphere and save 260 billion gallons of water.

Combating climate change is an effort that takes each and every one of us, and it’s up to businesses to lead the charge in adopting renewable energy, like wind and solar. At Dalkia Energy Solutions, we can provide a robust array of on-site energy services and energy saving solutions for your facility. Whether you’re looking to implement a solar and storage project, or even make energy efficiency upgrades to your lighting, HVAC or refrigeration systems, we can help.

For larger companies with multiple locations, we provide a strategic energy management service in which we integrate and embed in your company to cover all aspects of your energy portfolio. As your strategic energy management partner, we conduct complete energy and water assessments of your facility and help you set goals around the reduction of greenhouse gas emissions. We even assist in developing strategies around offsets and offsite renewable energy purchases, such as wind.