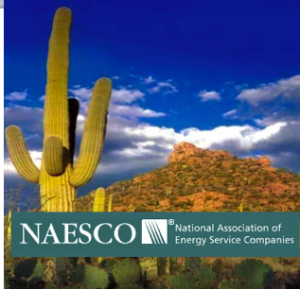 Today I’m attending the 27th annual NAESCO conference in Phoenix, AZ, a conference that serves as an annual checkpoint for the ESCO industry.

Yesterday’s panel, “Does the ESCO Business Model Version 2010 Still Get The Job Done?” featured a number of ESCO legends (senior executives with 20+ years of industry experience) and each openly discussed how the ESCO market is evolving, good and bad, and where things may be headed.

1.  Is the Stimulus program finally done? Thank god…With their focus on performance contracts for tax-exempt MUSH (municipal, university, schools, hospitals) customers, ESCOs were slowed in 2009/2010 by the ARRA/Stimulus program, which tentatively assigned “free” grant capital to their customers.  (We heard this last year as well)  In practice customers paused on ESCO contract decisions while waiting to see if they would get a grant.  One executive said this market stall cost his firm “$50-60 million in project bookings last year alone.”

2.  Lobby like the Solar Industry. The solar lobby in Washington and around the country has successfully convinced several state PUC’s to mandate green energy production  (i.e. you must buy solar PV), and gained huge solar PV specific ARRA dollars.  One panelist commented that “although it makes no sense to put a solar array on an energy inefficient building,” his firm was recently forced to do exactly this as his customer was told by the DOE they “could only get money for a solar array” (which produced a 30-year return on investment).  How about the DOE mandating an energy efficient building retrofit with a 10-year return?

3.  Its a BIG market – if the capital is made available. According to the McKinsey estimate, there’s a $520 billion total available US market for energy efficiency upgrades.  Retrofitting the whole market would generate $1.2 trillion in savings, or a $680 billion stimulus to the economy.  Like the US Federal government stepped in for TARP or General Motors and will ultimately gain back their lendings through loan repayment and sale of GM stock in their IPO, a Federally delivered loan program for energy efficiency retrofits could be a massive catalyst.

4.  We sell “stuff” because “our customers need stuff.”   The ESCOs have a great model, enabling MUSH customers to replace their aging infrastructure.  Their customers don’t buy energy savings (like C&I customers), they buy stuff.  It just so happens they pay for this stuff with  operating savings from their energy bills.  MUSH customers have even less money today than a few years ago, but they do have the capacity to borrow through issuing tax exempt bonds.  Which means they can pay for the stuff.  Even in the rare case where a municipal customer goes bankrupt the ESCOs know that that the customer “will always be around.”   And after the bankrupt municipal bonds get restructured?  They’ll buy more stuff.  What a wonderful model.